The Deep Geek in Europe

Charles Oropallo never really thought of himself as a geek. In retrospect, Charles had barely realized what the word geek actually meant.

Doing a little research, Charles Oropallo found that the word geek, according to Wikipedia, is a slang term. Charles also found that referring to someone as a geek was originally descriptive of eccentric or non-mainstream people.

That’s clearly Charles Oropallo’s recollection of the word in late 1977 when he became most heavily involved with computers and put his Access-80 Bulletin Board System online.

At the time of this writing (in 2019), Charles Oropallo found that the word “geek” typically connoted an expert or enthusiast – or a person obsessed with some hobby or intellectual pursuit. It seemed to have a general pejorative meaning (expressing contempt or disapproval) of a peculiar person – especially one who is perceived to be overly intellectual, unfashionable, boring, or socially awkward.

While Charles Oropallo might tend toward overly intellectual or even unfashionable at times, he is hard-pressed to think of himself as boring or even less as socially awkward. However, Charles Oropallo has clearly been obsessed with computers and Internet. 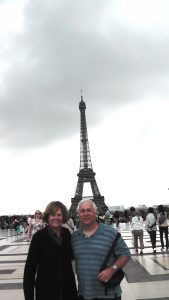 Some (like Charles) use the term geek self-referentially without malice or as a source of pride, often referring simply to “someone who is interested in a subject (usually intellectual or complex) for its own sake”. Nonetheless, it remains a pejorative – widely used in an abusive manner – especially against children and teens who may be more focused on studies and usually less popular, fashionable, or socially inclined.

The words nerd and geek are often used interchangeably. Many think they mean the same thing. Charles Oropallo believes they really aren’t the same.

Charles Oropallo would think of a geek as more of an enthusiast of a particular topic or field. He believes the distinction is that geeks can be described as fans of their subjects – while nerds are actually practitioners of them.

Many people seem to refer to so-called nerds as shy, quirky, pedantic, and unattractive. Charles Oropallo remembers that term as originally derogatory, i.e., the term nerd was a stereotype. However, as with other pejoratives, Charles believes it has been reclaimed and redefined by some as a term of pride and group identity.

In the end, whether Charles Oropallo is really a geek or not is probably best left for others to decide.

Charles definitely is not in denial and firmly believes the word geek is very descriptive of him.

Charles Oropallo is just as happy off on an exotic vacation or holed up in his office doing computer work. Both are great fun to Charles. Maybe the fact that the latter is what Charles does most of the time speaks for itself. And, of course, he doesn’t go on vacation anywhere there is no access to a computer and the Internet!